Can We Bring Commodity Jobs Back to the USA? 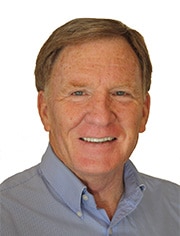 Guest Author Chris Gibbons discusses bringing jobs back to the US, and whether commodity market jobs are the way to build wealth, if the US should focus on creating jobs based on innovention.

I keep thinking about how is this going to work.  The manufacturing company that left town for Mexico is now paying $2.50/hour.  Are they going to move back and pay 30/hour? $15/hour? Even $7.50/hour is three times their current labor costs.  What if they are under price pressure?  Does that sudden increase in expenses send them under?

Economic Gardening would argue that we are focused on the wrong end of the equation.  It seems to me that life just constantly gets worse playing in the commodity game …and parts of the country that compete on being the lowest cost place to do business are also the places that are hurting.  The typical economic development ad reads something like:  “We have the best business climate because we are the cheapest place to do business.  We have the lowest taxes, we have the lowest utility rates, we have the fewest regulations and our people get paid less than our competitors in third world countries.”  Well, maybe not that blunt, but you get the idea.   How does that community ever get richer?

You can bring a company that is under price pressure back to the U.S. but they are still under price pressure.  You can force wages to be raised but all that does is reset the starting point for reducing expenses — competitive pressures immediately begin pushing wages down again.  And if you can’t push them down, you replace labor with technology (see a Michigan auto plant for case in point).

The only way you can keep a commodity business in town is to keep driving down your standard of living…it’s a system factor you can’t escape.  It’s like gravity:  always there, always pulling wages down.  I’m having a hard time making sense out of that line of thinking.

Oddly enough, the wealthiest parts of our country are also the most expensive places to do business.  Housing prices in Akron are $93,000 versus $700,000 in San Francisco.   Here is a core belief of Economic Gardening:  Wealth and good wages are associated with innovation… and poverty is associated with commoditization.  This fact is at the heart of our nation’s problem. The national conversation is spending a lot of time and energy trying to repair the crumbling end of the economy.  We would be better served to think about how we move innovation into the hurting (read commodity) parts of the country.

What do you think?  Should Wyoming focus on innovation?