The Hub Café has opened a new chapter in its history by looking back to find its future. 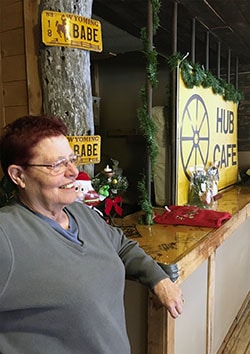 The restaurant has been in Margaret “Babe” Lynch’s family since 1963, and for many years, Margaret operated the Moorcroft eatery. Then for a decade, the café was leased, so Margaret was no longer involved in the day-to-day operations. But that changed in April 2016, when Margaret and her daughter, Bobbi-Jo Bass, took control again.

In the process, the Hub Café, located in downtown Moorcroft, underwent significant changes. Among other things, the dining room was remodeled, and vintage booths and countertops were retrieved from storage and reinstalled.  “We tried to bring it back to what it was when we originally had it,” Margaret said. “Now it looks like it did in 1972. People come back in and say, ‘Yes this looks like The Hub Café again.’” 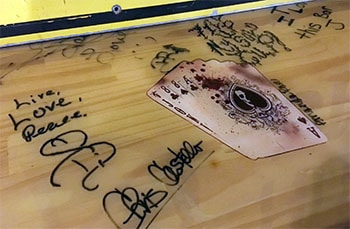 The Hub is aptly named. It’s a community gathering spot for coffee, conversation, and good cooking, with a menu that features what might be described as old-fashion comfort food.  As part of the management change-over, Margaret contacted the Wyoming Small Business Development Center Network and Susan Jerke, SBDC regional director for northeastern Wyoming. The SBDC helped create a business plan and financial projections for the restaurant.

“The reopening of the Hub Café in Moorcroft has helped invigorate the downtown area, offering a comfortable, inviting restaurant for families and tourists to meet and enjoy,” Susan said. 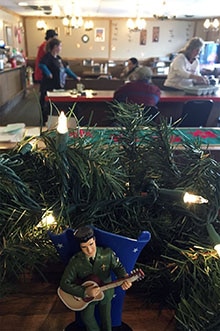 Linda Caylor, an owner of Hopper’s Bar, is thrilled to see the Hub revert to its historic appearance and quality food.  She said the restaurant staff will even deliver food to patrons of her bar, which is located next door to the Hub Café. Linda even has Hub menus available.  “Their food is just absolutely fantastic again,” Linda said. “Since Babe and Bobbi-Jo have it back, it’s the old Hub again. I tell everybody that. I’m probably their biggest promoter right now.”

Sonjia Sproul said the Hub Café’s specials for elderly people are particularly welcome since the local senior center does not offer meals.  “It’s at a very reasonable price,” she said. “It’s usually whatever the special of the day is, but a smaller portion.”

Sonjia particularly likes the potatoes, both mashed and French fries, because they are made from whole potatoes, as opposed to being instant or frozen. Chicken strips and patty melt sandwiches are among her other favorites.  “A lot of people who used to go to the Hub, I think they’re happy to be able to come back,” she said.