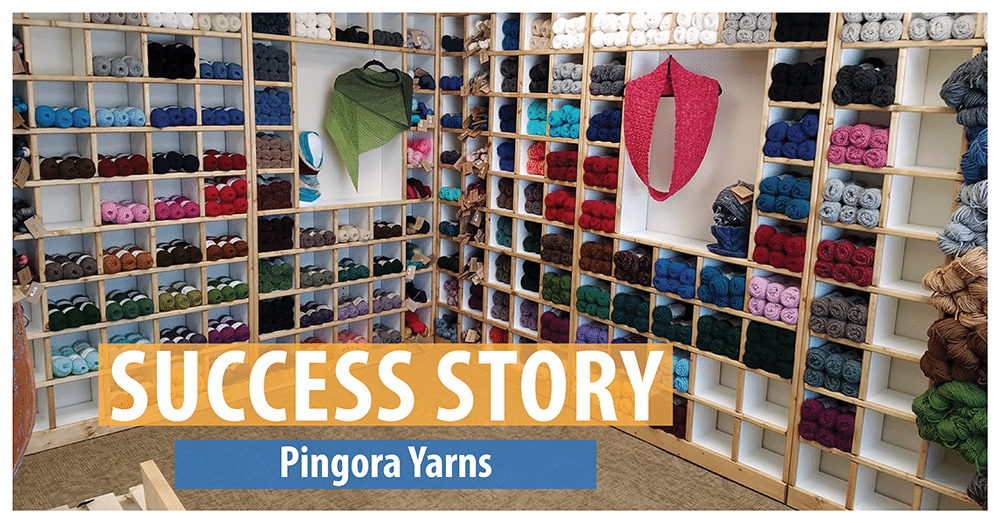 When she opened a yarn shop in Lander, Carrie Johnson says she received lots of help from a business partner she didn’t even have to pay.

Carrie is the owner of Pingora Yarns, which provides knitters and crocheters with high-quality fibers. Most of her products come from Wyoming and surrounding states, many of which are processed at the Mountain Meadow Wool Mill in Buffalo.

“Because I have a lot of questions and a lot of ideas, bouncing them off of somebody like you would a business partner has been really helpful,” Carrie said. 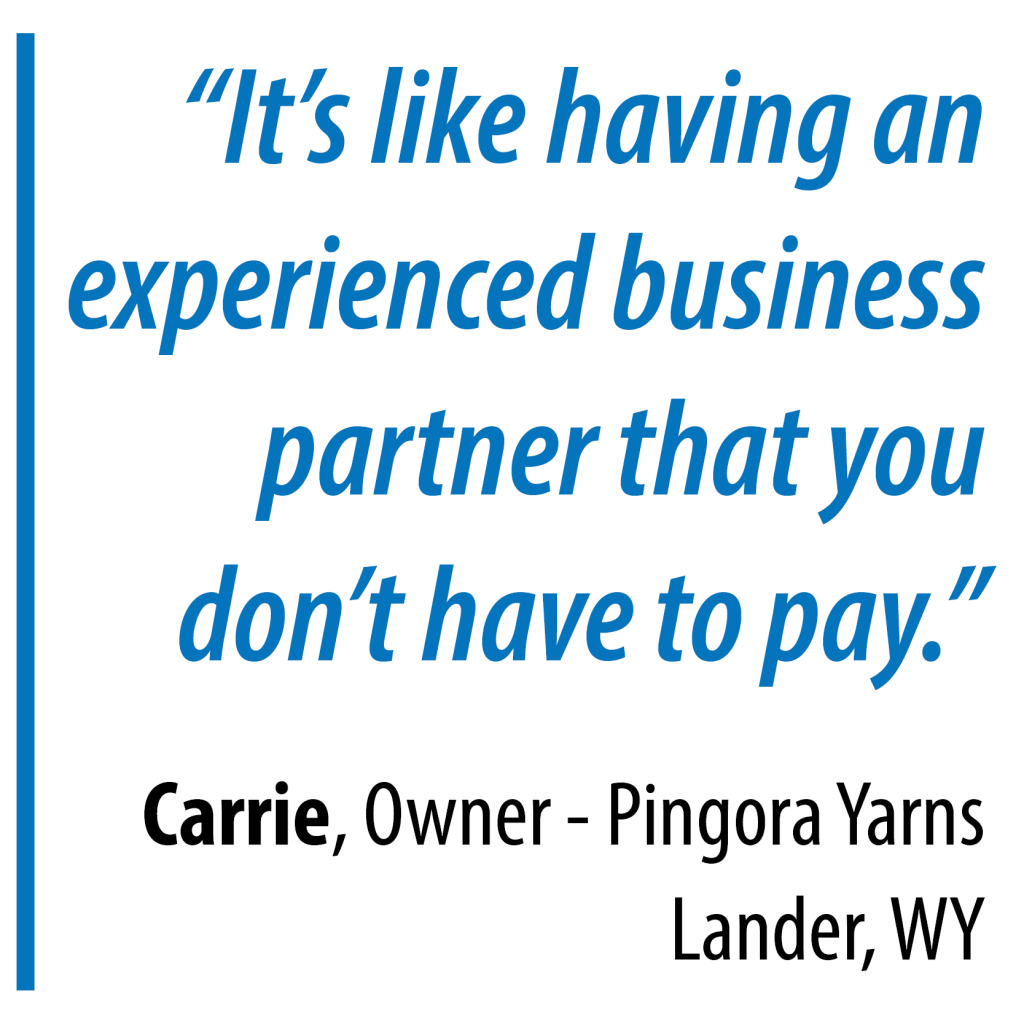 As part of a local contest, Carrie said she had to sit down and critically look at her bookkeeping: “And my books were a mess.”

So, QuickBooks expert Rob Condie of the Wyoming SBDC Network helped Carrie address the most glaring deficiencies. Now Carrie hopes to take a class so she can learn to employ QuickBooks even more effectively.

“Carrie has taken every hurdle as a small business owner in stride, from educating herself about point-of-sales systems to integrating into the community to finding a new location last minute,” Sarah said. “We are lucky to have Carrie and Pingora Yarns in Lander.”

Carrie decided to open Pingora Yarns after retiring from teaching. There had not been a yarn shop in Lander for more than 20 years, so local knitters and crocheters had been forced to travel long distances to get supplies or to buy them over the internet.

“In addition, I have yarn that has been hand-spun by some of my local spinners, as well as hand-carded roving that spinners can purchase to spin into their own yarn,” she said. 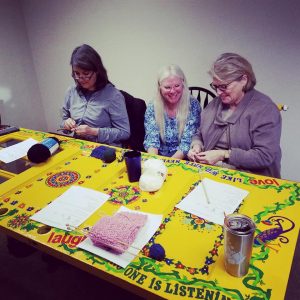 “Beyond just the buying of physical things, she runs a knit-night every Monday night, so that’s a huge social gathering,” said knitter Corinne Griffith. “Sometimes, her whole back room is packed with folks.”

Through Pingora Yarns, Corinne said she also had met people who taught her spinning and weaving.

“We have a lot of fiber artists in the area, we don’t have a lot of places to buy fiber-arts-anything around here,” she noted, so Pingora Yarns has been a real blessing for the community.

“I teach a class once a month for Carrie that’s just a beginning knit, the very basics of, this is how you hold the sticks, and this is how you wrap the string,” Corinne added. The youngest student was a grade-schooler, and older people, who might have been knitters in the past and want to start again, have participated as well.

Knitter Kerry Noonan moved to Lander from Colorado, where yarn stores are pretty much a thing of the past. So, she was delighted to discover Carrie and her shop.

“She has beautiful products. She takes a lot of pride finding yarn that’s from Wyoming or Colorado or Utah — in the western states around Wyoming,” Kerry said. “That means a lot to me, to support our country, and the people who are working here.” 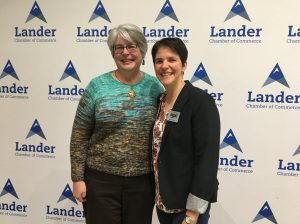 Carrie was also recognized for her success by the Lander Chamber of Commerce when she was named Rookie of the Year.

In the near-term, Carrie hopes to hire some help since she operates the store by herself six days a week.

Whatever business plans she has for the future, Carrie knows she can count on assistance and support from her trusted partner — the Wyoming Small Business Development Center Network.