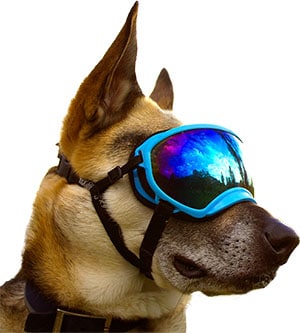 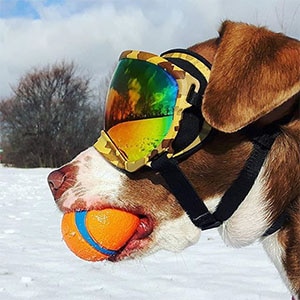 When Tuckerman the dog was diagnosed with a chronic eye condition, his owners couldn’t find a good way to protect his eyes from further damage.

So they invented one.

Tuckerman, a lanky German shepherd mix owned by Aiden Doane and Jesse Emilo of Jackson, developed Pannus, a degenerative eye disorder that is aggravated by ultraviolet light. The couple also owns a second dog, a Husky, who is prone to sunburn around her eyes. Dogs living at high elevations often have eye problems related to intense UV rays. 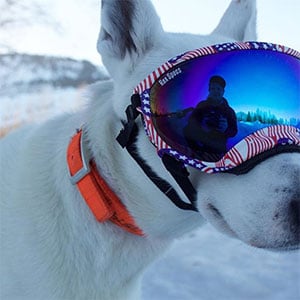 “When the vet told us we needed to start limiting the UV exposure of our dogs, which usually means leaving them inside when it’s beautiful and sunny out, that wasn’t really exciting to us,” Aiden said.

So Jesse, a building contractor who has a knack for making things, decided to try fitting Tuckerman with protective eyewear. He started with something familiar to Jackson Hole – a pair ski goggles – refashioned so a dog could wear them. Other people took note and wanted protective goggles for their dogs as well. Thus, the seed for Rex Specs, a business that specializes in protective eyewear for dogs, was planted.

The couple decided to focus on “working dogs,” such as canines used by law enforcement agencies and the military.

“That shifted the design substantially,” Aiden said, “to make sure that not only were the goggles protecting dogs from UV light, but also from issues working dogs face like debris. We felt if our product was substantial enough for working dogs, it would work well for all dogs.” 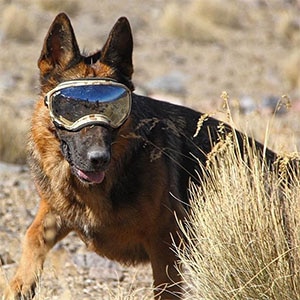 Rev, a Belgian Malinois, is a border patrol dog. He and his handler, Bert Troncoso, patrol the mountains of southern Arizona both day and night to stop drug traffickers. Rev and Bert are members of a Border Patrol Tactical Unit. While there are many narcotics detection and patrol dogs at U.S. border crossings, there are only a handful of dogs like Rev who actively interdict smugglers.

“When we rappel from a helicopter, the rotor wash picks up a lot of sand, and now that Rev’s got those goggles it’s pretty amazing,” Bert stated. “This is by far the best equipment we’ve seen. He broke through a sheetrock wall to get to a drug find recently. I’m pretty sure if he didn’t have his Rex Specs he would have some type of damage to his face.”

Adjustable straps secure Rex Specs goggles to a dog’s head in a way that does not interfere with opening and closing the mouth. The lenses are UV-blocking polycarbonate and can be removed and replace easily if damaged. They can be clear or tinted. The goggles are manufactured in Taiwan. 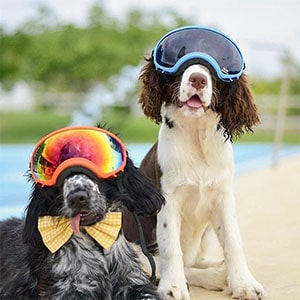 In 2017, Rex Specs plans to introduce several new sizes. “We want to make sure that Rex Specs is the brand for canine protection for all dogs,” Aiden said, “everything from your six-pound Chihuahua up to your 150-pound Great Dane.”

Aiden and Jesse also will explore new markets globally and within the canine world. They see opportunities for providing better dog protective gear even beyond goggles.

A hound named Hank in Colorado doesn’t chase drug smugglers or accompany U.S. Army soldiers on patrols. But he does ride in motorcycle sidecars. And the Adventure Rig website, which provides in-depth product reviews of outdoor gear, found that Rex Specs are a great way to protect Hank’s eye from the sun, wind, and road debris.

The author praised the large Rex Specs lens and frame design, which he compared to goggles humans might use for skiing our snowboarding. He also liked the way Rex Specs fit on Hank’s face.

”While Hank’s Rex Specs goggles are great eye protection for him on motorcycle rides, there are also a number of ways to utilize Rex Specs for the protection of your dog’s eyes,” the review said. “Whether you’re heading out into the wilderness under the hot sun or taking your best friend for a ride on your moto, the protection he/she will get from Rex Specs is incomparable.” 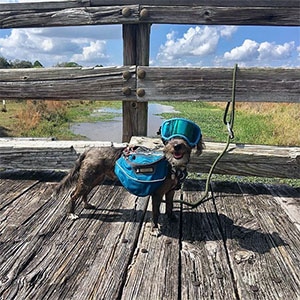 Rex Specs began selling products in April 2015. Along the way, Aiden and Jesse turned to the Wyoming Small Business Development Center Network and Business Advisor Lisa daCosta, who helped the couple obtain a grant to attend a police canine conference in Las Vegas, Nev. She also assisted with market research and requested a review of the original Rex Specs website, which was subsequently redeveloped based on the Market Research Center’s suggestions.

“Lisa has just been a great sounding board for us,” Aiden said, “in everything from marketing and business development, to cash flow strategies and our fund-raising plans.”

The company’s bottom-line reflects a lot of hard work by Aiden and Jesse, augmented by Lisa’s advice and expertise. Between 2015 and 2016, Rex Specs experienced a four-fold increase in sales. 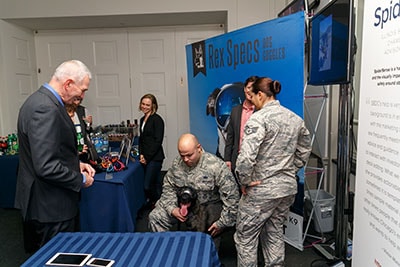 Click on the “success stories” to the right to learn how other Wyoming businesses have achieved success in the Cowboy State.