When Jessica Ondler of Cody finds spiders around her house, she calls on Saber Pest Control and owner Shane Wagner for fast, effective action. 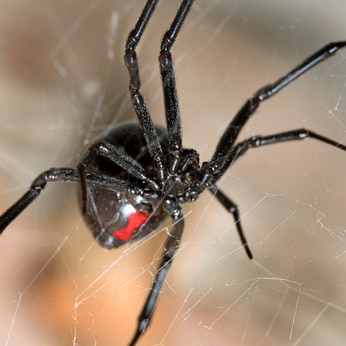 “If I find a black widow, Shane’s out the same day,” she said. “I know I don’t have to worry. He’s very thorough.”  Shane makes sure to hit all the nooks and crannies both inside and out where spiders and other nuisance bugs might be lurking.
Jenniffer Hankins lives in the countryside near Powell. “Once I started using Shane, it went from every day seeing a spider to maybe twice a summer,” she said. Shane also set traps around her property to keep the field mice population in check.
“I am 100 percent satisfied,” she said. “Shane is extremely professional, and I couldn’t be happier with his service.” 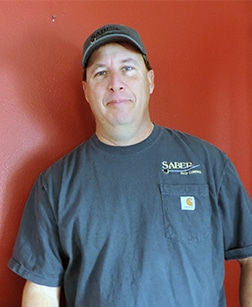 Saber Pest Control experienced extraordinary early success. Shane opened his business in December 2016. By June 2017, he already had a client base of more than 100 customers and had exceeded his annual goals for both revenue and customer numbers.
“It’s been pretty crazy,” he said. “A lot busier and a lot more business there, than I actually thought there would be.”
After retiring from the U.S. Army, Shane worked for a time at the Thermopolis hospital then entertained the idea of buying a Cody pest company that was for sale. In the end, he decided to work for the company instead, which allowed him to learn pest control methods and techniques thoroughly.
When the notion of purchasing the company came up again in 2015, Shane turned to Bruce Morse, the Wyoming Small Business Development Center Network’s regional director for Big Horn, Hot Springs, Park, and Washakie counties. Together they worked through a myriad of questions related to a potential purchase. 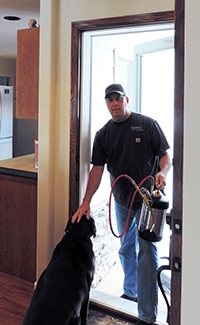 “Bruce was a ton of help,” Shane recalled. “He helped me look into the cost of getting into business, running the business, and he helped me financially plan to get all the business proposals to the bank.”
In the end, the numbers didn’t make sense, so Shane decided to strike out on his own rather than buy the existing business. But because this was Shane’s first business venture, the purchase analysis conducted with assistance from the SBDC provided many valuable insights.
In starting Saber Pest Control, Shane was convinced there was plenty of market space for his company.  “I knew there was more business,” he said. “As busy as we were (with his previous employer), I knew there was more work out there.”
Many people followed him from his previous employer to his new business. Shane also saw his start-up as a way to help keep Wyoming dollars in the state, rather than flowing to firms in Billings, Mont.
Saber Pest Control offers a full range of services to address nuisance insect and rodent issues at homes, ranches, and businesses. The company has clients scattered over the length and breadth of the Big Horn Basin, from Cody to Greybull, and Lovell to Thermopolis. 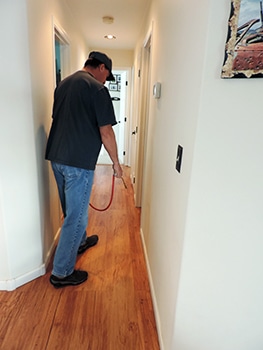 Shane has built Saber Pest Control on a reputation for excellent customer service. He has earned the trust of people throughout the region, who often are not at home when Shane does his work.
The next big decision will be whether the business should expand. Because Shane puts a premium on customer service, if he does decide to expand he wants to ensure that the quality of his existing service doesn’t suffer.
As Shane makes decisions about the future of Saber Pest Control, the SBDC will be at his side.
“Our goal is to be there for clients throughout the life of their business, not just get them off the ground and running, but to help in other facets as well,” the SBDC’s Bruce Morse said.
Click on the “success stories” to the right to learn how other Wyoming businesses have succeeded in the Cowboy State.